A Yemeni military source said that a Toschka Ballistic Missile fired by the Army and Public Committees Rockets Forces into the Operations Room of a Military Camp of the Saudi-led Coalition and their local mercenaries killed several foreign and local officers and troops.  Among the dead foreigners is an Israeli Colonel named Vegedora  Yagronovesky, a Data Analyst with the Israeli Army. The military camp is called Al-Hajf South of Ta’ez Governorate.

Yemeni forces shot down a drone spyplane said to be supplied by Israel on July 10, 2016 North of Sana’a in Arhab District (see following link): 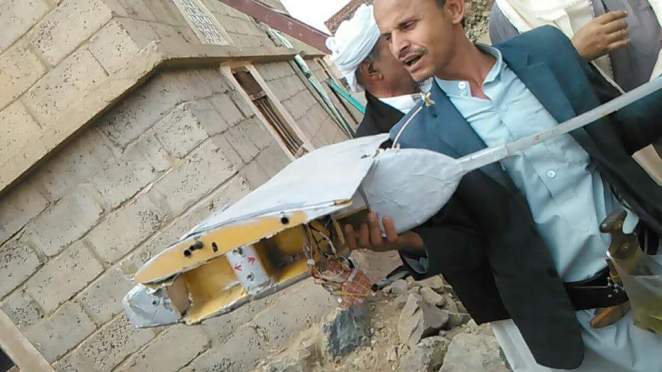 Saudis and Israelis have entered into negotiations about the latter providing assistance to the Saudi led Coalition  to defeat the Army and Popular Committees who have remained undefeatable against all the forces (official armed forces of Saudi; United Arab Emirates, Qatar, Kuwait and Bahrain, Sudan as well as US and British advisors, US and Egyptian naval vessels, in addition to private mercenary armies like Blackwater and Dyna and local tribal mercenaries and Islahi militias).

Reports of these talks have appeared in Haaratz Israeli newspaper and here:

The Toschka Missile has dealt a deathly blow to the hodgepodge forces of the Saudi led cheaply bought alliance on a number of occasions once, in Ta’ez and another in Marib, both of which killed scores of UAE and Blackwater troops, including senior officers of both.